The Difference Between Diploids and Tetrapoids 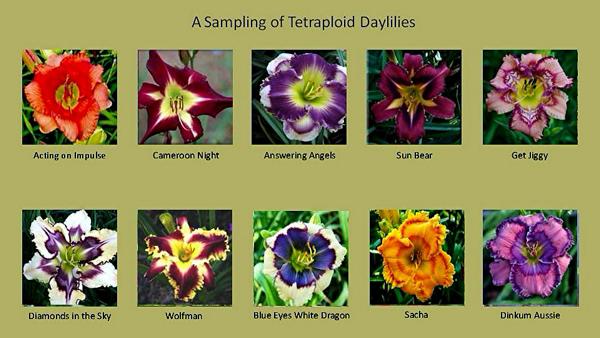 Tetraploid daylilies are generally considered to have a number of advantages over diploids. They include the following characteristics (generally):

• Flowers are larger.
• Scapes (flower stalks) are sturdier.
• Colors are more intense.
• Flowers and foliage are of heavier substance.
• Growth is more vigorous.
• Because of the increased number of chromosomes, possible combinations will be greater when breeding. 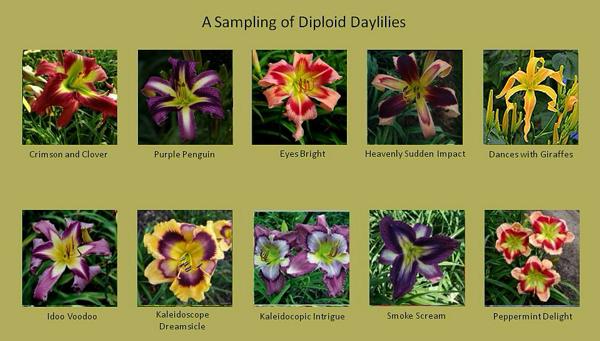 Diploids have a number of distinguishing characteristics, too:

A Daylily Anomaly: The cultivar 'Cabbage Flower' can be successfully crossed with both diploids and tetraploids

Sometimes there is disagreement as to whether a certain cultivar is diploid or tetraploid. That's the case with 'Avante Garde' below: 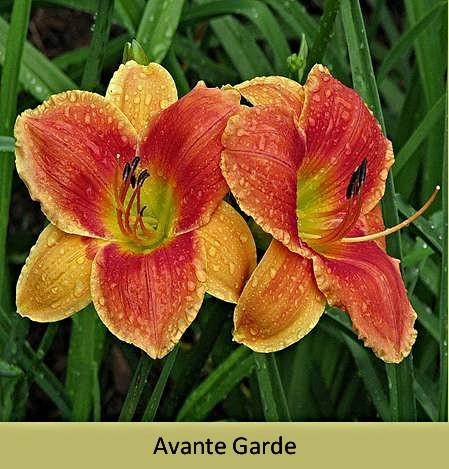 The National Gardening Association Daylily Database, hands down the best daylily database on the Internet, first listed it as both diploid and tetraploid, reflecting the uncertainty about its ploidy. It is now listed as diploid. However, the Valley of the Daylilies site still lists it as tetraploid, as does the Backyard Gardener site, Nature's Melody Nursery, and Ogden Station Daylilies. Other sites avoid the issue by not listing the ploidy. The American Hemerocallis Society, considered the authority on all things daylily, lists 'Avante Garde' as diploid. 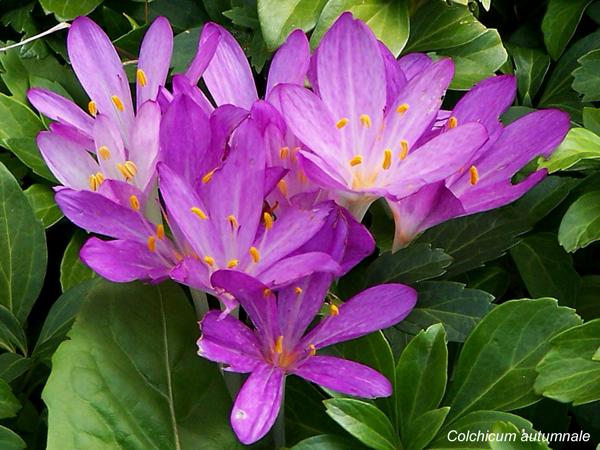 Colchicum autumnale is used in converting diploid daylilies to tetraploid.

Want to know more about daylilies? The American Hemerocallis Society has the answers. A good place to start is here: http://www.daylilies.org/AHSFAQsNew.html